The footpath for the events on August 28, 1963 was laid by A. Philipp Randolph and thousands of African Americans in 1941. The war effort for World War 2 was going full force. The work in factories across American were going 24 hours a day and African Americans were being denied opportunities to work in the factories. The work in the factories were being paid for by federal money therefore under federal laws. A. Phillip Randolph a leader in the Civil rights movement proposed a March on Washington in  1941. Randolph  gathered over 10, 000 people to have a March in Washington DC., Randolph met with President Roosevelt to let him know of the March. President Roosevelt decided to take action. Roosevelt felt having 10,000 black people march on Washington DC was not in his best political interest. Roosevelt decided to sign Executive order 8802 on June 25, 1941. The order was called the Fair Employment Act. It reaffirmed the policy of full participation in the Defense Program by all persons regardless of race, creed or National Origin. This was only the second executive order ever signed that pertain to blacks by any president. The first was the  Emancipation Proclamation.

With the signing the executive order, Randolph stopped plans for a March on Washington but he never gave up on the idea. In the early 1960’s President Kennedy had done very little for civil rights. African Americans were getting upset with Kennedy for doing nothing to make their lives better. Late in 1962 King suggested to President Kennedy to make a another Emancipation Proclamation outlawing segregation. President Kennedy rejected the idea and went on vacation in Florida.

President Kennedy invited over 800 Black leaders to the White House for a dinner and dancing in February of 1963 .It was the largest group of African Americans in the White House at one time since the White House was build in 1800. Kennedy made sure  magazines like ebony and Jet covered the event. Many of the guest that night called it  Colored folks night at the White House. The white media was told very little about the event.

Kennedy was informed about the march but was against it. He needed something to ignite  him to move. However the President was forced made to take action because events of Bull Conner and Martin Luther King in Alabama.

Power concedes nothing without demand. It never will said A.Phillip Randolph. Civil right leaders believed that something would have to happen to make Kennedy act on Civil Rights.

In the spring of 1963 two events changed Americans view on Civil Rights.The first was the march in Birmingham in which Dr.King was arrested and he wrote “A letter from a Birmingham Jail. He wrote a letter in response to criticism for ministers in  Birmingham Alabama.

May 2,1963 Children of Birmingham Alabama marched on the city. Children from the age 6-18. More than 3000 people were arrested.

At that time Bull Conner was in charge of the police and fire department in Birmingham. Conner was a raciest of the highest order. He wanted to make a impression to all black people of Birmingham that he was strongly against Civil rights in America. He had dogs bite students and firemen hose down the students in the street. Hundreds of news out lets from around the world filmed this turning event in America. The imagines of what Americans saw on TV and newspapers horrifying  people across the nation. People who had been sitting on the fence suddenly realized something had to be done. Before the events in Birmingham a poll was taken asking Americans if Civil rights was a important issue in America only four percent answered yes. After the events in Birmingham 52% of Americans thought Civil rights.

Bull Conner had become a game changer. He alone helped the Civil rights movement more than the President of the United States, a future Nobel prize winner, men and women in the Civil rights who given their lives. when America saw a man have so much dislike for a race it was time for change. Over 900 people were put in jail. The amount for bail went from $300 per person to $2500. The Civil rights movement did not have any money to pay for the bail of all the people .

In the late spring of 1963 Asa Philipp Randolph approached Bayard Rustin who was a close advisor to Dr. King about a March on Washington DC in the late summer. Randolph and Rustin had envisioned  two days of organized rallies combing the civil rights movement to the economic difficulties to the working men and women in the country. Randolph and Rustin  wanted to have sit ins at the offices of Senators and Congressmen. The two men approached to Dr. King with this idea.

As the Civil rights leaders were comtemplating their next move little did they know their phones were wire tapped.

President Kennedy knew he had to do something. He had gotten word African Americans were ready to march or riot in the streets of the nation. In the first six months of 1963 978 demonstrations took place in 109 cities Kennedy like many other American could no longer straddle the fence.

On June 11,1963 President Kennedy made a speech to the nation about civil rights. Kennedy knew once he made the speech his re-election was not going to be easy. He said if he was going to lose re-election he was going down trying to help people. He knew by making this speech he would lose votes in the south. He felt he would lose every state in the south in the next election except Texas. On November 22, 1963 Kennedy was killed in Texas trying to shore up his base in Texas.

The day after Kennedy’s Civil rights speech was given Medgar Evers was killed in Mississippi.

On July 2, 1963 The big six of the Civil Rights movement met at the Roosevelt hotel in Manhattan, New York. The big six       were  John Lewis. A. Phillip Randolph, Roy Wilkins, James Farmer, Whitney Young and Martin Luther King. The big six and other civil rights leaders and organizations started the planning of the March. Dr. King was asked to organize the march. It was much to be done. Dr. King headquarters for the march was in the house of his attorney. Dr. King needed a place where he was accessible but away from a large amount people.

Dr. King and the other leaders made plans for the largest peaceful march in American history. The march would attract over 200, 000 people. One of the many concerns of the leaders was who would show up for the march. The March chartered 51 chartered buses and many trains. They wanted to make sure more black were there than whites. Many churches around the country with black large congregations came. Labor union provide many people from all walks of life. Civil rights groups that took place in the march included Congress of Racial Equality, NAACP, National Urban League, Student Nonviolent Coordinating Committee. The march had people young and old in the crowd. The march was all about perception.

The original idea was to have the march at the Washington Monument  then walk to Capitol Hill. The leaders had the march instead moved to the Lincoln Memorial. The police were happy for the moved because they could control the crowd because the crowd would be surrounded by water on three sides. The government was also preparing for the march in case of trouble. Over 5,900 D.C. policemen   were put on duty. Nearly 15000 soldiers were standing by. Alcohol was banned from being sold. Leave for hospital personnel and long  distance operators was cancelled. Government lawyers were on duty to prepare documents authorizing military action. Press coverage was largest of any political event in American history. The government had control the sound system. If any of the Civil rights leaders said anything during their speeches that the government took offense to the government would turn off the sound system. President Kennedy would not meet with marchers until the march was over to make sure the leaders would not make any demands on him.

Not being able to sit with whites in movies theaters or concerts. Blacks could not serve on juries.

Dr. King met with leaders of the march in the lobby of the Willard hotel the evening before the march. Dr.King asked for input from the group gathered . It was suggested he should preach a sermon, stick to the facts or make it a political speech. The meeting took six hours. Dr. King lawyer Clarence Jones took notes and after sometime he presented a summary of what speech should be. The reaction was not positive. Dr. King adjourned the meeting for the night. Dr.King would work on the speech himself. The speech I have a dream was written partly from life experiences. Dr. Kings lawyers was Clarence Jones . Mr. Jones drafted some the speech. When bail money was need to free the 900 demonstrators from Birmingham jail Mr. Jones was asked to be at a bank in New York city on a Saturday morning . Mr. Jones met Nelson Rockefeller and was given $100,000. Mr. Jones was made to sign a promissory note. He told Mr. Rockefeller he personally could not pay the money back nor could the civil rights movement Rockefeller’s lawyer said it was to make the transfer legal. A few days later a message delivered a promissory document to with the word paid written across the top.

The next day Dr. King took the podium. Dr. King read the first seven paragraphs of the speech exactly what he had written out.

In Dr.Kings speech he said “In a sense we have come to the nation’s capital to cash a check. When the architects of our republic wrote the magnificent words of the constitution and Declaration of Independence, they were signing a promissory note to which every American was to fall heir. This note was a promised to all men would be guaranteed the inalienable rights  of life , liberty and pursuit of happiness.

On the podium was Mahalia Jackson said tell them about the dream. Dr. King told the world about his dream. We all have either heard or read his speech.

One day perhaps we can live out his dream. 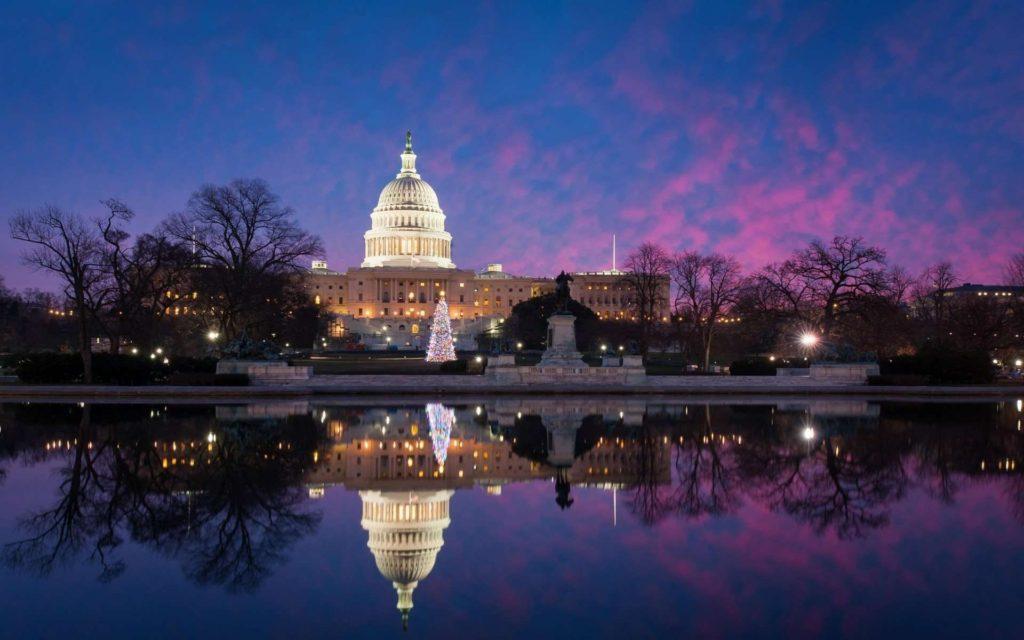 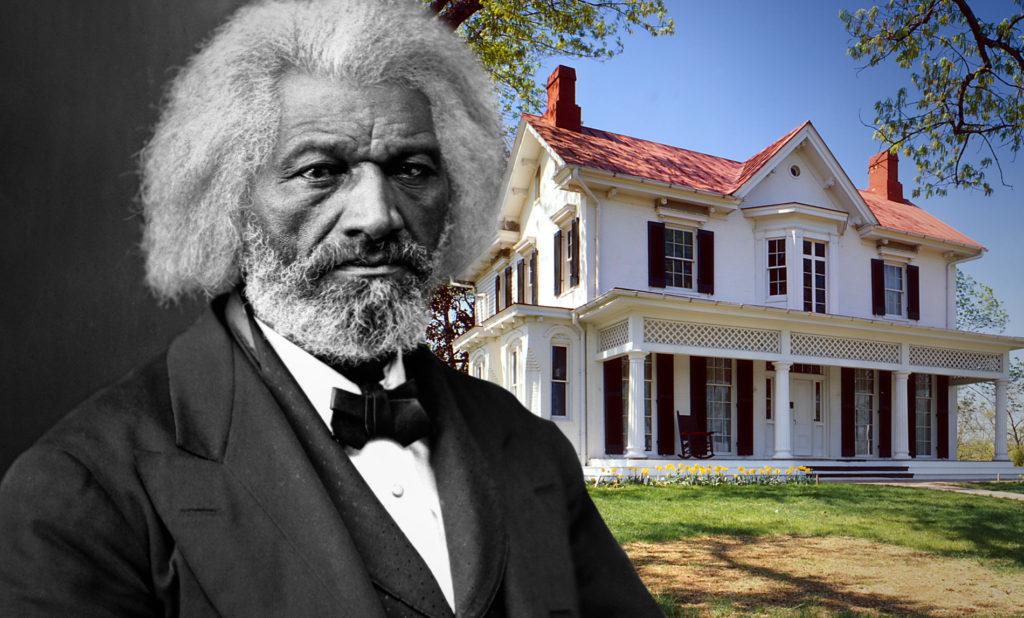 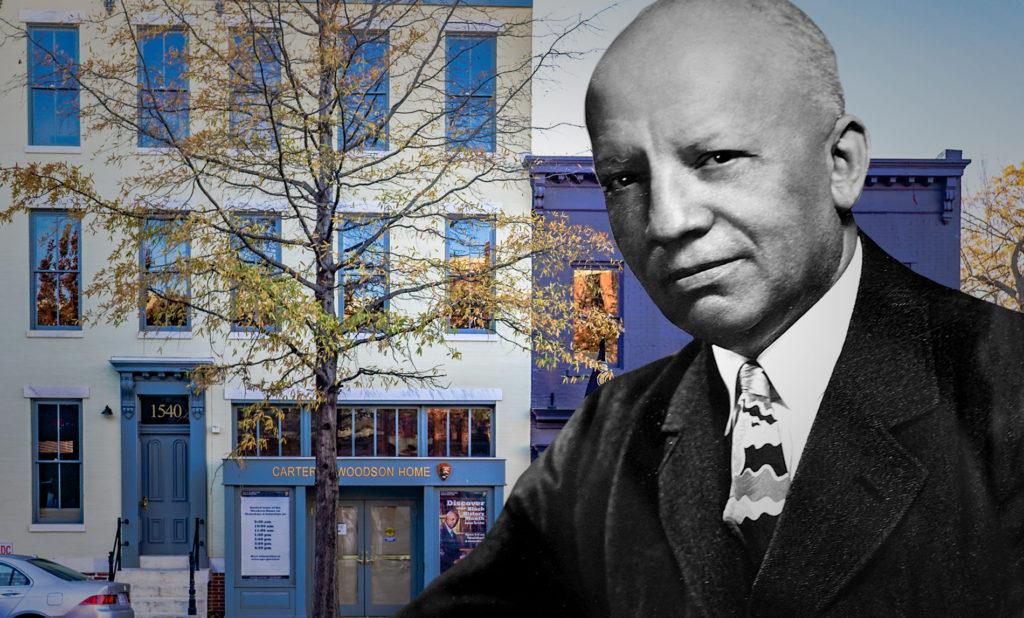 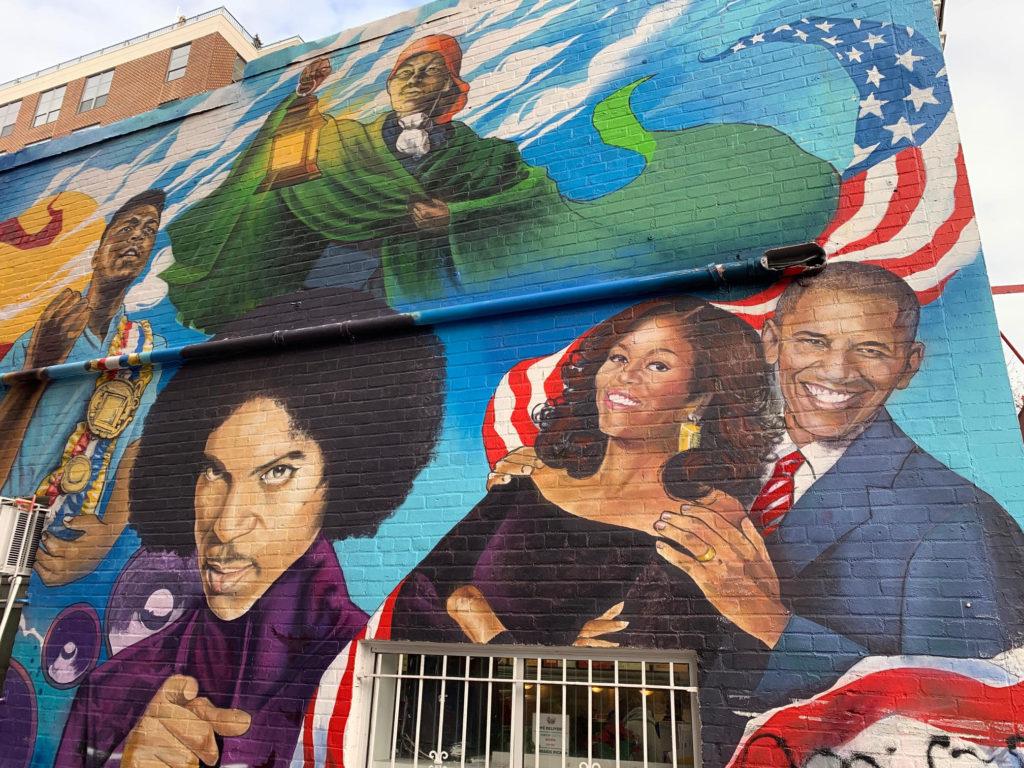 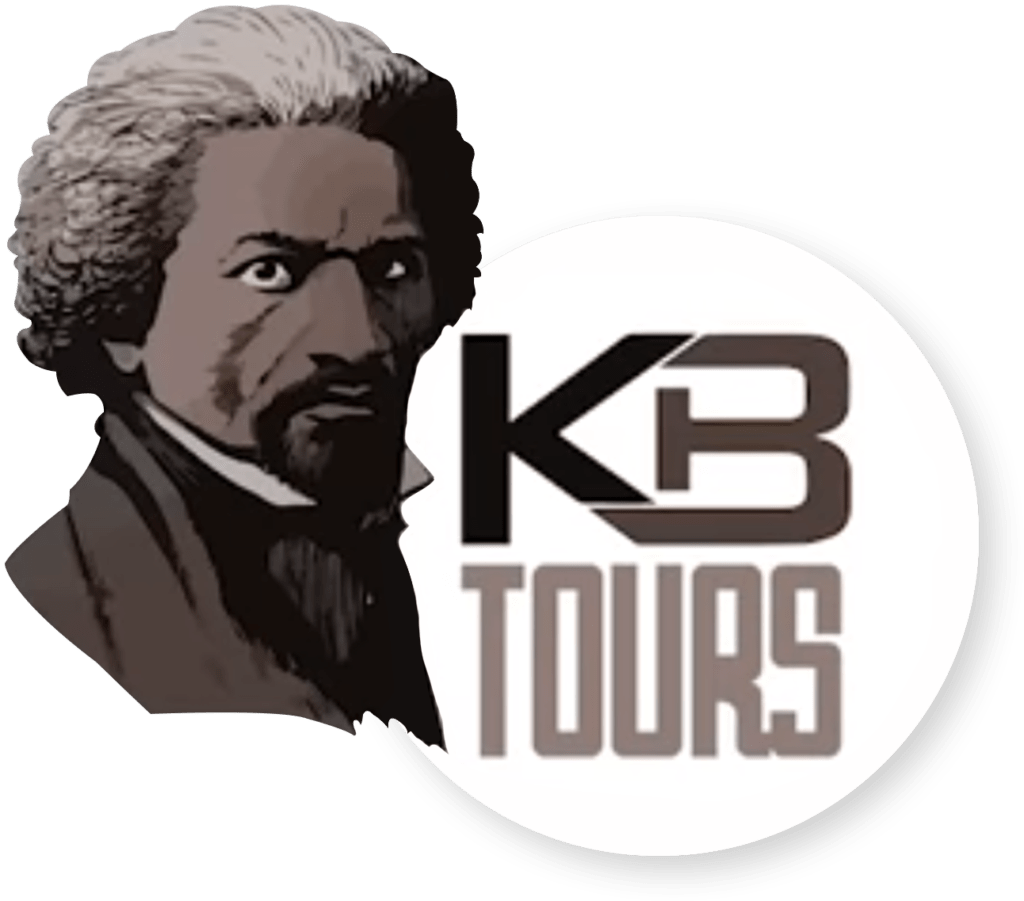 Our dedication to providing the best and most comprehensive tours possible has enabled our privately owned company to receive the highest praise from our clients. Over the years, countless groups have enjoyed our tours and have raved about their satisfaction with the services we supply. We hope you feel the same way after we welcome you on one of our African American history tours of D.C. 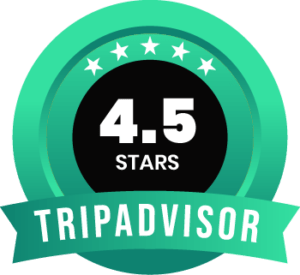 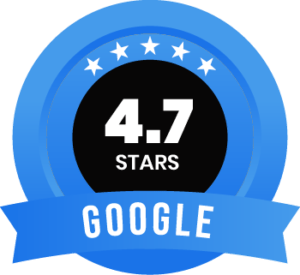 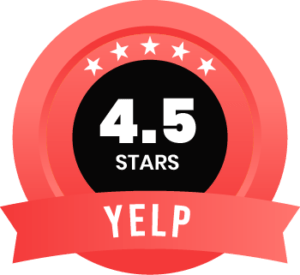 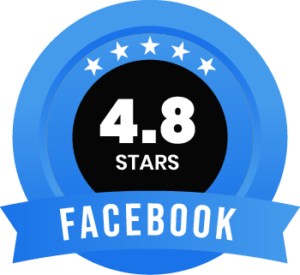